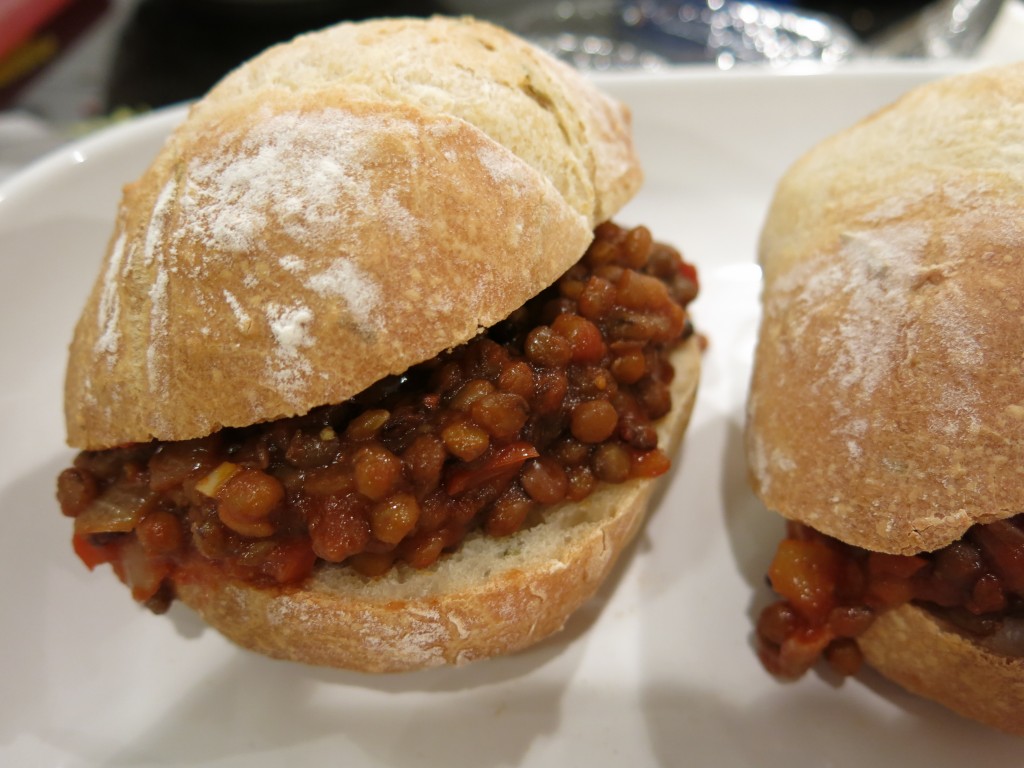 I was feeling sneaky the other day. I know there are foods that I like to eat that my husband will turn his nose up at just by the name. Sloppy Joe’s are one of them. I really wanted them though. I haven’t had them in years. I set about making them without telling my family what I was making. They were already excited because I had make homemade ciabatta rolls for dinner so why ruin that excitement?

I sliced opened our homemade rolls and piled on the Sloppy Lentil’s for my husband and I while I put a small amount on my kids rolls. If they don’t see it they will eat it and that turned out to work in a way. R liked it at first then decided she didn’t. M just thought he was eating a roll. He had no idea that the roll had lentils and some veggies hidden on it. It was a successful dinner in my eyes.

serves 6-8
(depending on how you fill the sandwiches)

Heat the olive oil in a large 12 inch saute pan over medium-high heat. Saute the onions and red bell pepper for 5 minutes before adding the garlic and cooking until the onions and peppers are soft. 10-15 minutes total.

Stir in the lentils, tomato sauce, whole grain mustard, molasses, agave and apple cider vinegar and cook for 10-15 minutes so all of the flavors can combine.

Season with salt and pepper and serve on toasted ciabatta rolls!

I made some roasted potatoes and a nice side salad to go along with this recipe.