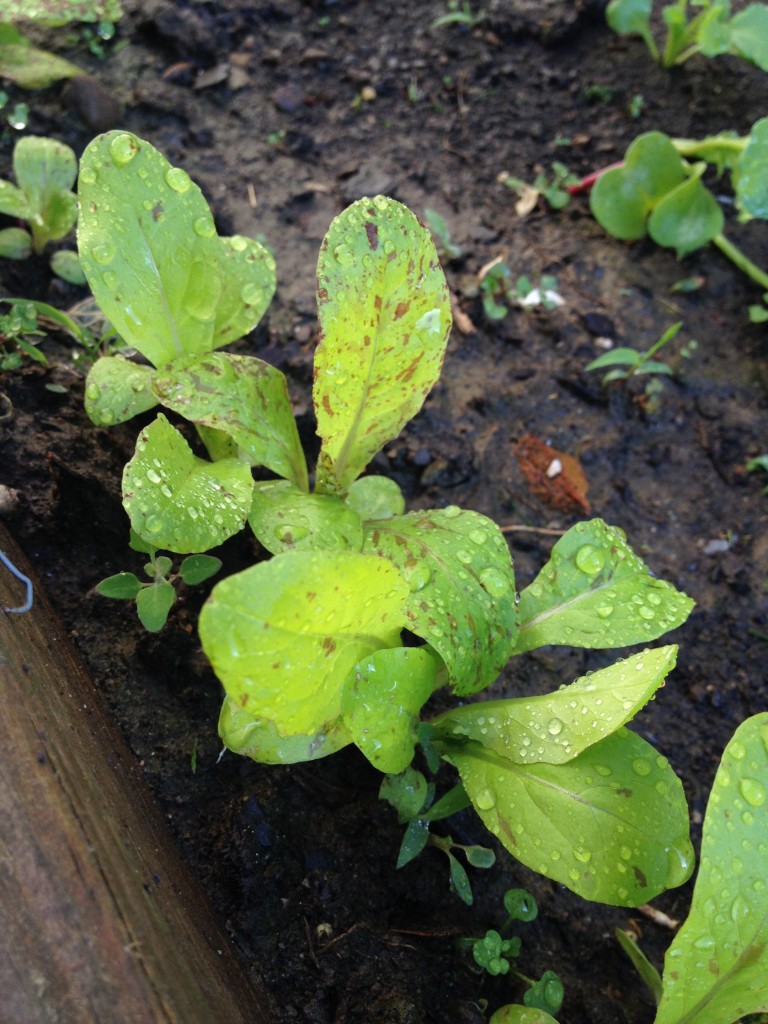 I was super pumped about gardening this year. The last few years have been so so on the growing food front. It was hard to take care of everything while having a toddler around for 2 years and then last year it was just a horrible growing season for a lot of people around us. I was determined to get the garden in great shape and have a successful season.

I decided to start most of the veggies by seed this year. Tomatoes I alway’s buy as seedlings. I just can’t be bothered with them and I have a great place to buy organic and heirloom varieties. My go to for seed ordering is Cubits, located in Canada. I’ve always been happy with their seeds and love the variety that they offer. Plus I like buying from a small family business. Their blog is a favorite as well.

At least 1/2 of the garden was planted directly with seeds from :zucchini, kale, freckle lettuch, raddish, beets, carrots, mesclun, mizuna, chard, arugula, basil, borage, burgundy beans and cilantro. I purchased seedlings of peppers, eggplant and tomatoes. Everything was growing really well and then…

These guys showed up. We have alway’s had a groundhog. His name is Theon. Its alway’s been just him. We fenced in the garden. He jumped the fence anyway and ate some stuff. It was fine because he didn’t eat everything. This year we took the fence down because it needed to be replaced and decided not to replace it because well…he jumps it. So what difference does it make? Well. This is the first year that baby groundhogs have been born. There are 4 of them. They eat everything and I mean everything! Nothing is left except for the tomatoes and some of the basil plants. Only because they are in containers and not ground level although some bites have been taken from them. They’ve also eaten our neighbors garden. They live under his garage.

I’m debating now wether to just give up this season or start over with more seedlings. I have plans to build my own row covers for all the salad greens and kale just to help out with the aphids so I’m hoping that will protect the plants. I’ve had offers for people who will come and trap them and take them away but I don’t want that. As destructive as they are I’m alway’s happy to see them. They need to live and eat and survive like the rest of us.

I’ve dubbed them The Marx Bros. because one of the 4 babies is a grouch! He’s hilarious! You alway’s know when he’s coming because of the grumpy noises he makes and he’s always trying to intimidate us. So we have Groucho, Harpo and Chico. They elusive 4th one, who I rarely see, is Zeppo. 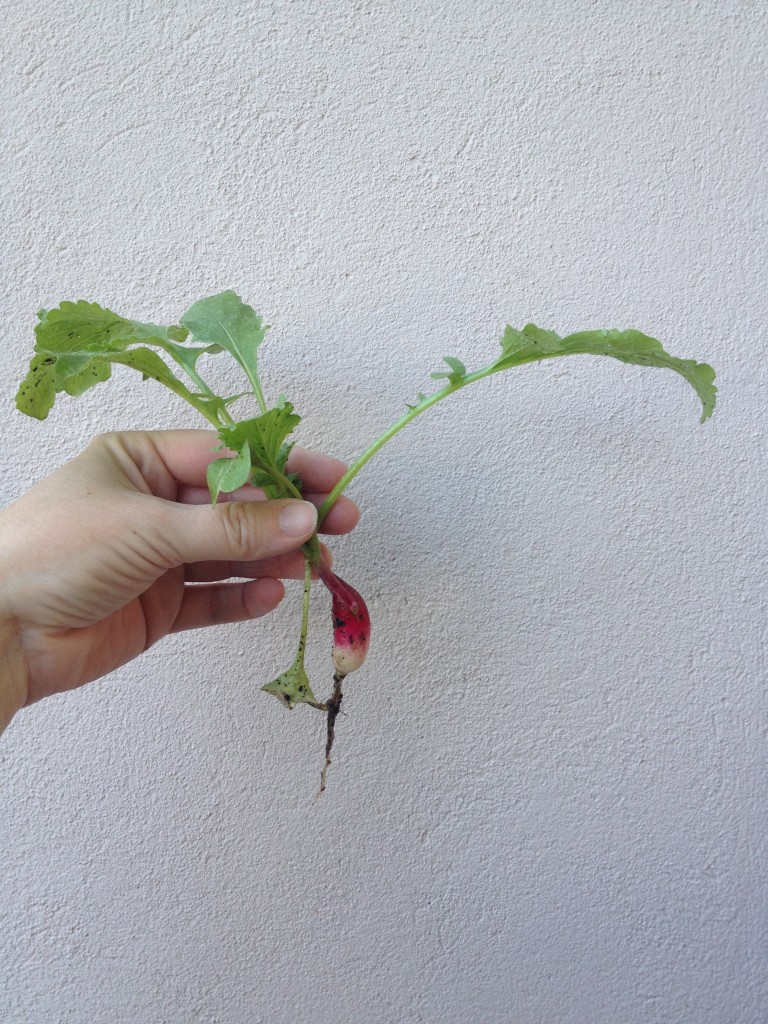 At least I was able to eat one Breakfast Radish and it was delicious! (I pulled it out of the ground by accident) :)