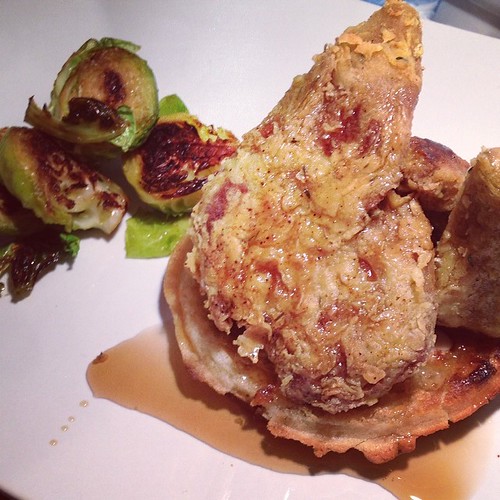 When your sister works from your home to watch your kids when you have to go to work and then requests breakfast for dinner you go all out. This was so much fun to make. We’ve never had the omni version of this meal so I think some of us were a bit skeptical, my husband mostly. We all loved it. Since I was in a pinch I used Van’s GF Waffles. Next time I’ll definitely be making my own waffles. Frozen waffles tend to be thin and crispy. I would love something with more texture.

Her favorite vegetable is Brussels Sprouts so I made them in her honor. They were the perfect side for this meal according to she and I. My husband hates them but to his credit he tried them because they smelled so good. My son didn’t even look at them and my daughter was bribed, by my sister, into eating 2 of them for $1. I think she ended up liking them. They are delicious dipped in maple syrup! 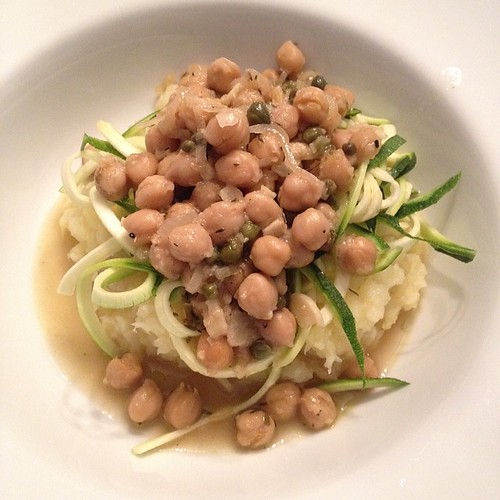 She has actually been minding my kids a lot lately so one night she said she wanted something healthy. I asked if she could bring her Veggetti over. I’d been hearing a lot about this contraption from her. Everyone is her building seems to be using one. I made a simple Chickpea Piccata with Cauliflower Mashed Potatoes. She Veggetti’d 4 zucchini for the meal. This time I was the skeptical one but ended up loving it. The texture of the raw zucchini went great with the rest of the fully cooked meal. I couldn’t stop eating it. My daughter couldn’t stop eating the Mashed “Potatoes”. After her second helping I broke the news that it was more cauliflower then potatoes. Her eyes may have bugged out a bit but she continued eating. 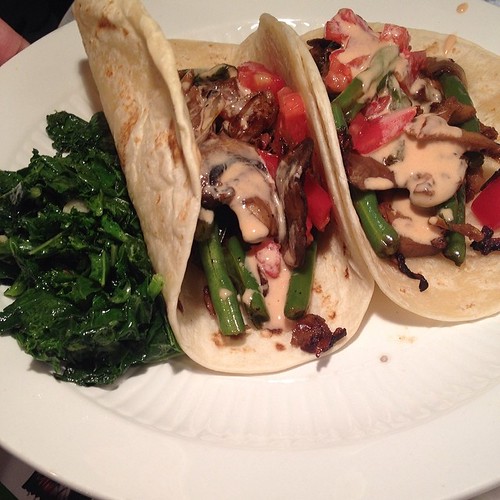 One night we dined on tacos. I quickly threw these together. We had some packaged seitan that needed to be used and some random veggies so I sauteed them all together for the tacos. Served them with some chopped heirloom tomatoes and a quick cream made with Just Mayo, chipotle sauce and lime juice. These tacos definitely had some heat to them and I loved the crunch of the string beans inside the taco.  Some simple sauteed kale rounded out the whole meal.

These were all delicious meals that I can’t wait to make them all again!