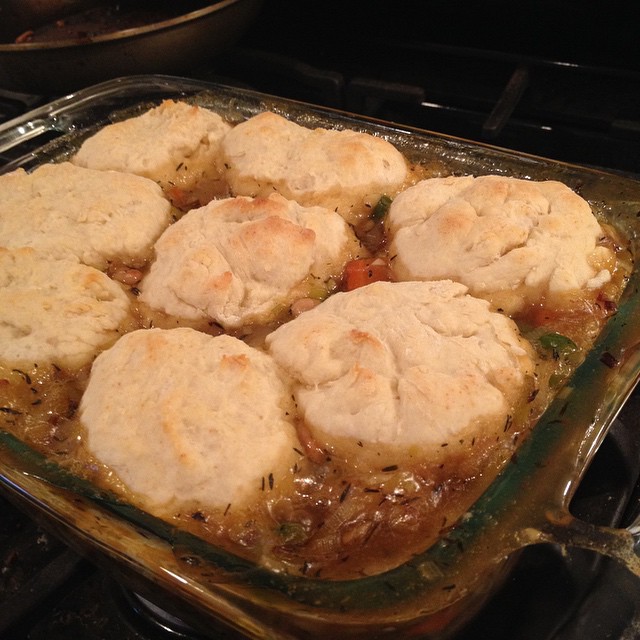 I guess a more normal person would have written and posted about their main meal before their desserts but we all deep down know that desserts are better and prettier then Thanksgiving meals. :)

Again, we traveled a town over this Thanksgiving with my immediate family to my Mother In Laws house with her immediate family. My mom and I did a lot of cooking and had to transport everything over. It took me a while to figure out what to make that would be easy to bring over and heat up. My husbands one request is that it not be a faux meat type of thing. I for one love Field Roasts Hazelnut Cranberry Roast En Croute. Its perfect for when you have to bring your own main dish to someone else’s house. He however has different feelings.

I also wanted to make something that everyone could eat and wasn’t screaming THIS IS A VEGAN ENTREE! I settled on the Leek and White Bean Cassoulet with Biscuits from Veganomicon by Isa Chandra Moskowitz and Terry Hope Romero. Its a favorite of ours. It was easy to transport and easy to reheat. Everyone enjoyed it. Plus I love the leftovers! 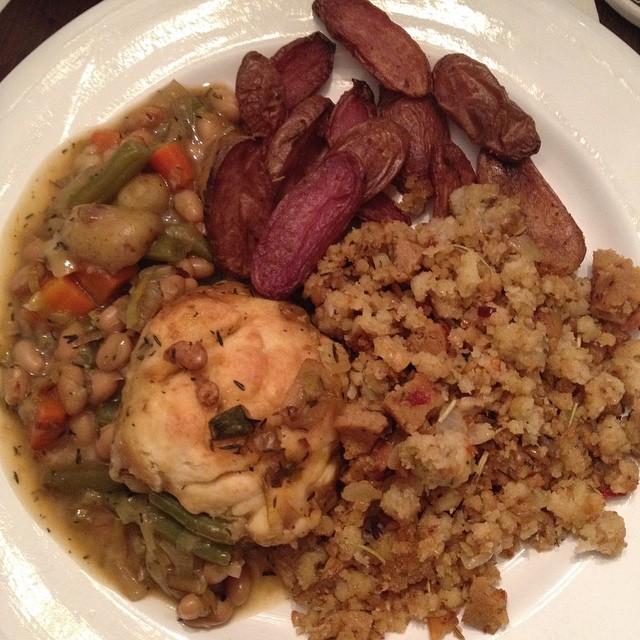 We had our leftover’s meal the day after. Which included more Leek and Bean Cassoulet, a doctored up stuffing and mustard roasted potatoes leftover from our son’s preschool thanksgiving party.

I’d like to talk about the stuffing I made for T’giving. For the past few years people have been raving about the bagged vegan stuffing mix you can buy at Whole Foods. I bought it this year. I was excited..then..I made it and was deeply disappointed. It was so bland. It desperately needed flavor. I was never going to buy it again! So for our leftover meal I decided to doctor up the leftover stuffing. I sauteed onions, garlic and a link of Field Roast’s Italian Sausage. The stuffing ended up being delicious! I couldn’t stop eating it. So be warned. You have to add to this stuffing mix! Friends later told me that they alway’s doctor it up. I wish I had known that before making it as is. 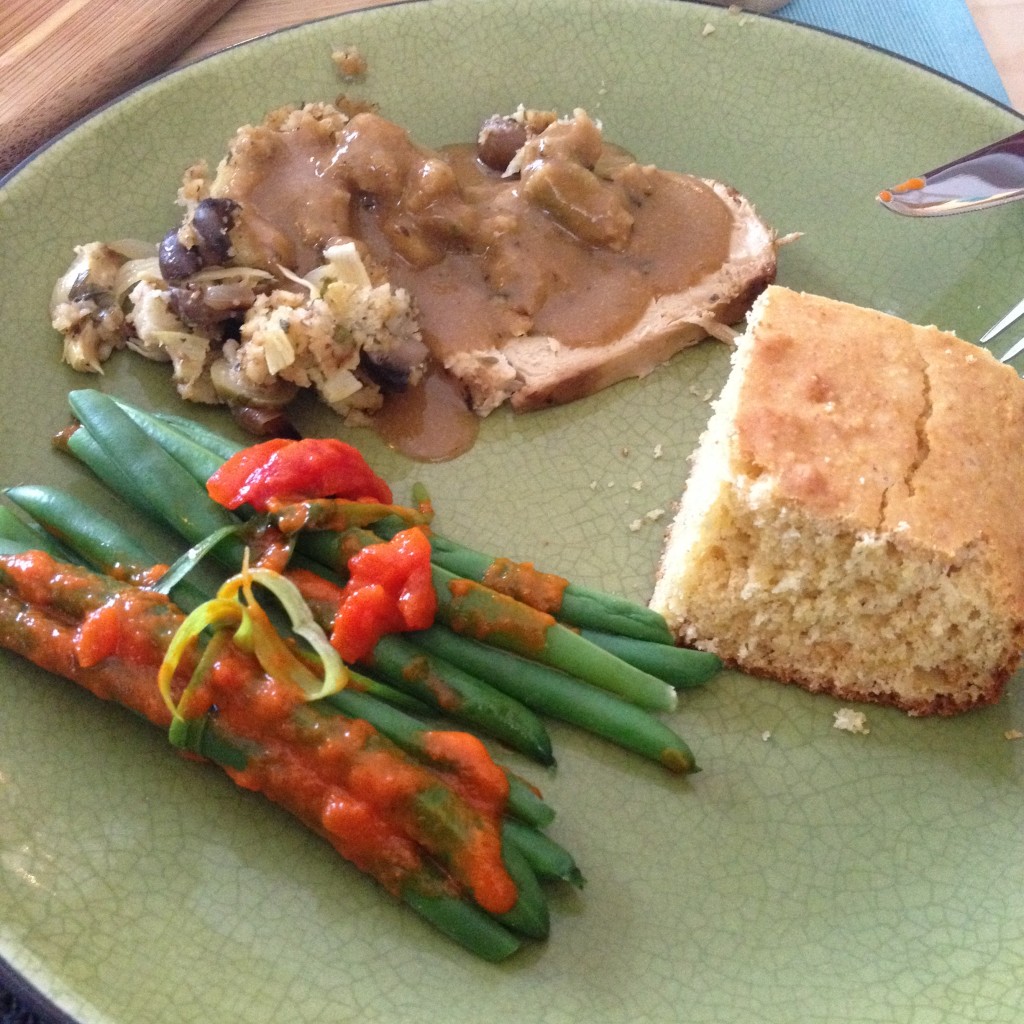 The Sunday after T’giving we went to a potluck at my friend Dianne’s house, where she made a delicious doctored version of the Whole Foods Stuffing. Along with a Holiday Roast from Trader Joe’s. Both versions of the recipes can be found at the blog Meet The Shannons. I’m not usually into holiday roasts besides the Field Roast ones but I have to say I really liked the Shannon’s version that Dianne made! There was more food then pictured above but I didn’t get a photo of the second plate. Having a potluck after Thanksgiving is such a good idea to keep celebrating with like minded people. 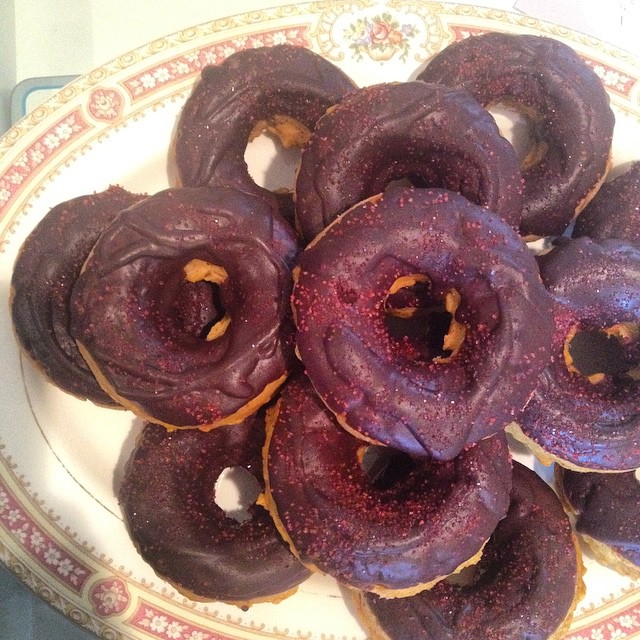 My contribution to the potluck meal were…….donuts! I can’t stop making them!