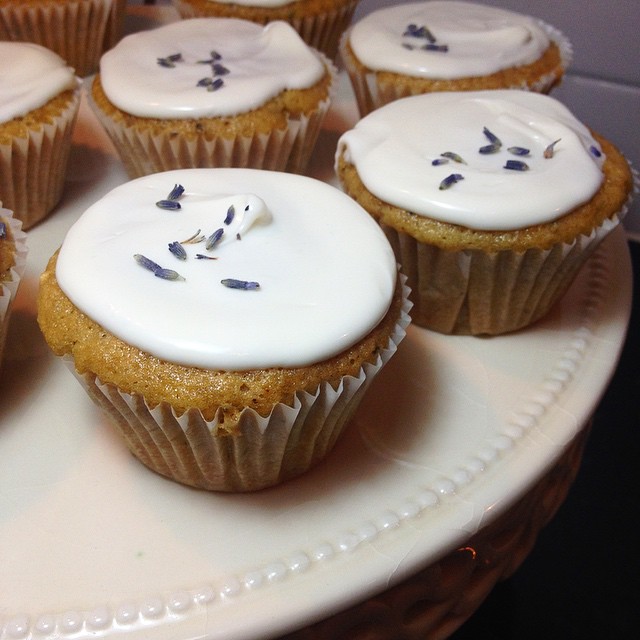 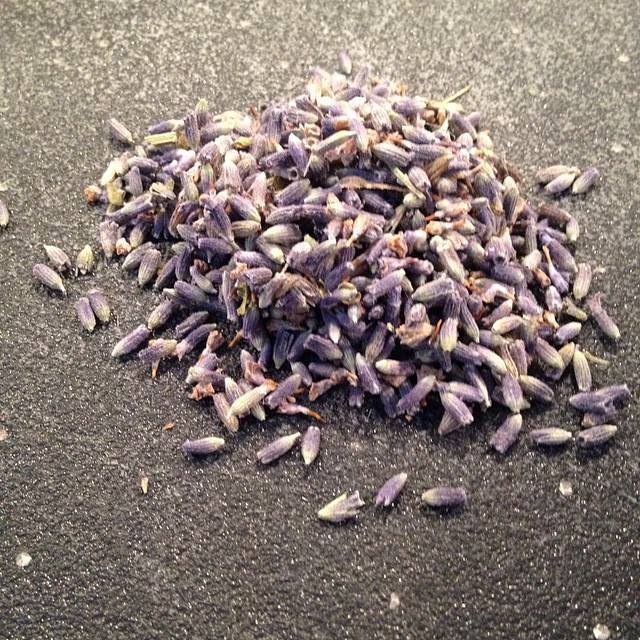 If it’s your birthday I’ll pretty much make anything you want. My sister requested Lavender Cupcakes. She envisioned them being lavender in color as well as flavor. I just stuck with the lavender flavor. I’ll use food coloring sometimes but would rather just stick with non dyed foods especially if a recipe would need A LOT of dye, which, this would have. They definitely tasted like lavender and were very pretty to look at. I’m not sure if I would make them again. A little too herb-y for a sweet treat I think. 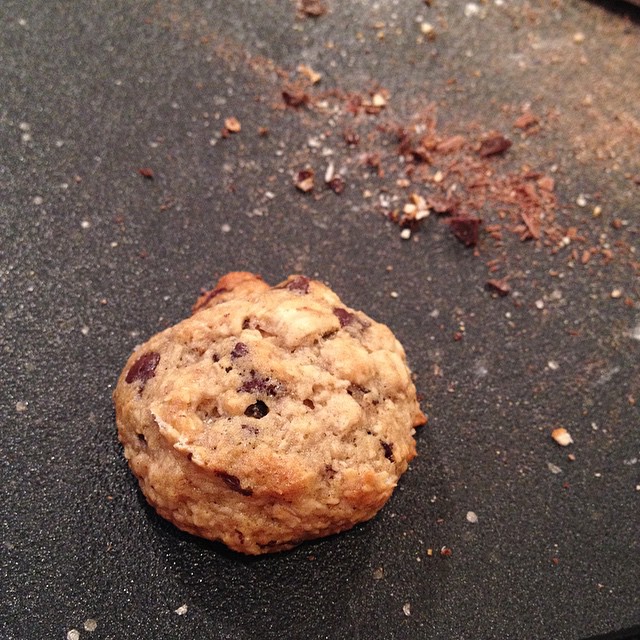 My daughter is very into learning how to bake. She wants to own a bakery when she is “a teenager”. :)  So we’ve been experimenting with our own recipes every once in a while. Our latest, which needs more testing, is and Oatmeal Chocolate Covered Pretzel Cookie. We were big fans of these! 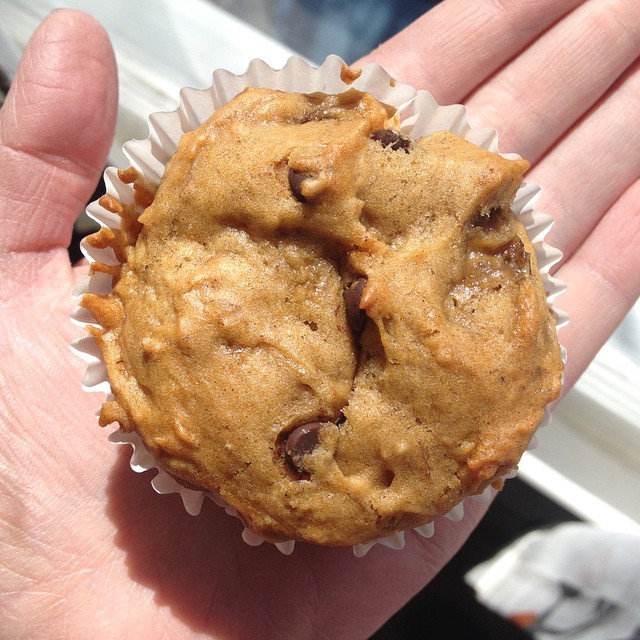 When your banana’s start to go you make Banana Bread/Muffins. We always add chocolate chips to ours. I have some bananas that are perfect for muffin making on my counter right now! 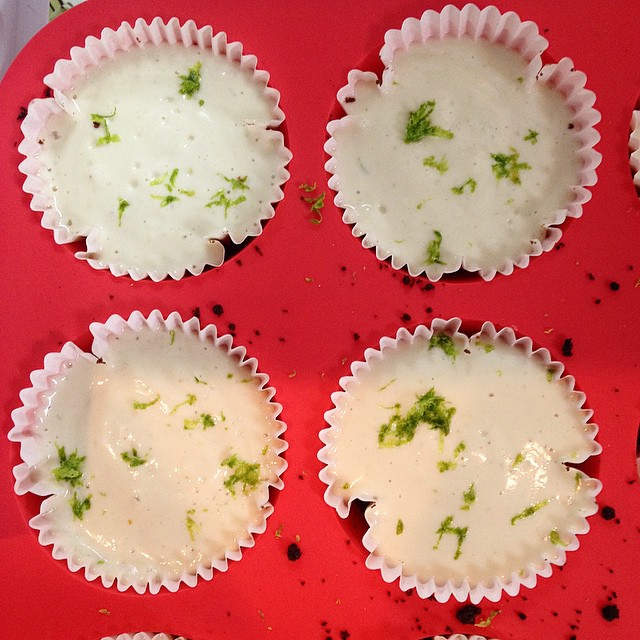 This was a Pinterest recipe that I pinned awhile ago. I’m one of those pinners who pin but never do anything with those pins in real life. 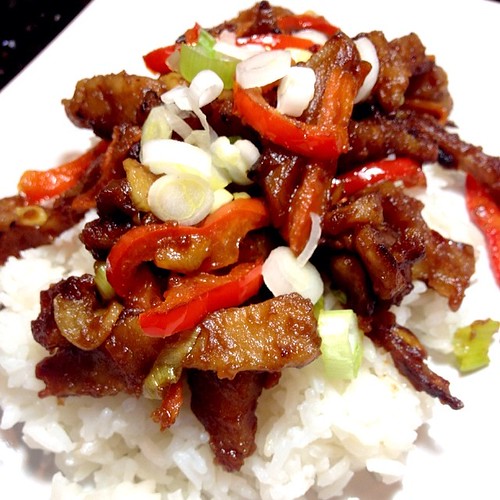 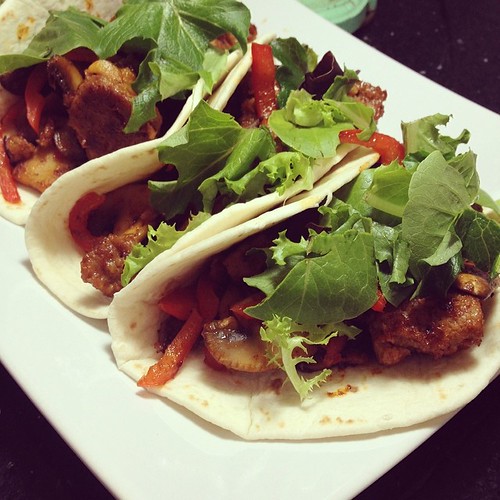 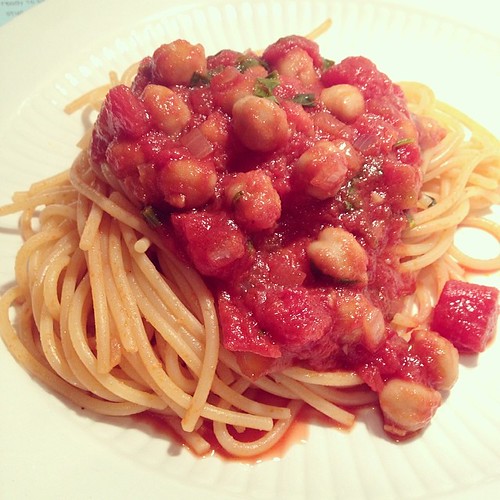 We eat Rice and Beans at least once a week. It gets very boring so I went a little fancy the last time I made them. I seared some sliced mushrooms in oil w. pepper and salt. Made a quick Guacamole. Then blended up a cashew cream in the Vita Mix. My husband and I only want to eat Rice and Beans like this now. The mushrooms are really what put it over the top! A recipe in progress. The Mirin Glazed Tempeh was amazing. My 20 month old son and I couldn’t stop eating it straight from the pan. Another recipe in progress. I’m not quite sure whats missing but I’ll figure it out soon. :)