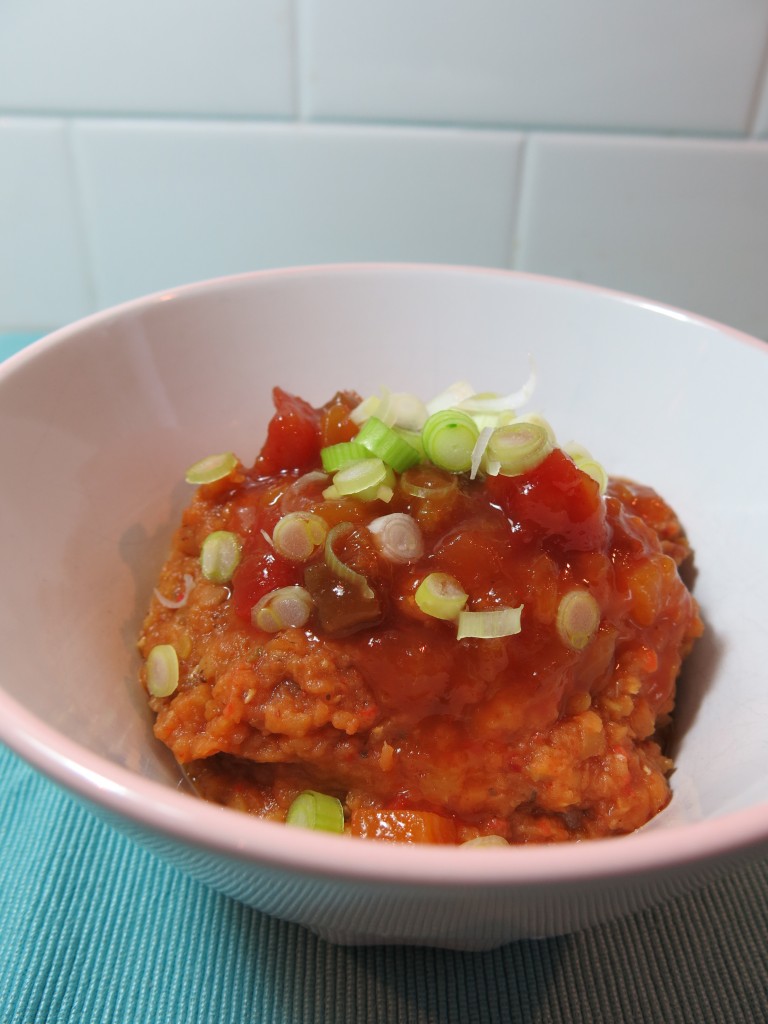 I was lucky the other day when Miles decided to grace us with a nap. He’s not like his sister was as a baby who would take two 2 hour naps a day at the same time every day. I’m lucky if his afternoon nap is more than 25 minutes. The other day I could just tell he was going to sleep awhile so I got busy cleaning the kitchen and then messing it up again while cooking a few things. It was nice to cook. I’m still cooking our dinner every night but they have been the same ol’ boring things you’ve seen on this site over and over again. It was just really nice to create and cook something new for a change!

While I was cleaning I noticed a butternut squash that was showing signs that it was needing to be used, very soon, like that day. I thought of roasting it as a side dish or making Kidney Bean and Butternut Veggie Burgers or a few other ideas. I ended up quickly throwing a soup together with it and I’m really happy I did. This soup was so silky, smooth, creamy and delicately spiced with cinnamon. It made a healthy amount that I stored away in the fridge and would heat up a mug of it for lunches and snacks for the next couple of days. The best part of the soup, to me at least, is that Miles LOVED it. The joy I had seeing my 9 month old baby devour this soup I made was wonderful. I froze small portions of the soup to save for him for another week while he enjoyed what I portioned out in the fridge for all of us. Sadly last night we finished off the soup. Luckily I randomly bought another butternut at Whole Foods the morning before which means I’ll be making this soup again for us this weekend!

Heat olive oil over medium heat in a large soup pot. Saute the onion and garlic until the onion is translucent, about 3-5 minutes. Add the butternut squash and saute until the butternut starts showing signs of caramelization. Add the coconut milk, bouillion cube, water and cinnamon stick. Bring the soup to a boil and then cover, with lid slightly off to let steam escape. Lower to a simmer and cook, stirring occasionally until the squash is soft. Blend in a blender or with and immersion blender which is my favorite way of blending! Add salt and pepper to taste. Serve.